Active, dedicated families have been the backbone of our sport from the earliest days of organized snowmobiling and it is through the hard work of these families that we have the trail system that we do today. Recognizing the importance of these families to snowmobiling, the IASC will be honoring one family each year as the association’s Snowmobile Family of the Year. The winning family will go on to compete in the ACSA American Snowmobile Family of the Year contest.

Now is your opportunity to nominate those you feel best exemplify our outstanding snowmobiling families. Nominations will be accepted from clubs, regions, and individual members. Self-nomination is also permitted. There is no restriction on how many nominations can be submitted from a region or club — we want to learn about as many dedicated families as we can! Your nominees should include snowmobilers that have demonstrated a deep commitment to snowmobiling and are involved in snowmobile organizations striving to make the sport even more enjoyable in the future.

The IASC does have some expectations from the winners of the Snowmobile Family of the Year award. It will be their responsibility to promote a positive image of snowmobiling any time they are representing us as well as promoting the Zero Tolerance I say, Till I’m done for the day and Snowmobilers Care About the Environment themes. They will need to attend the annual convention luncheon in November, at which time they will receive their award. The winning family is also expected to attend the IASC Legal Action Fund-raiser and local events in their area and to provide pictures to the magazine from each event that they attend. The winner will be announced on October 1 and presented their award at the IASC Convention in November. Snowmobilers from outside the IASC will do judging for the Family of the Year award.

Snowmobile Family of the Year Nomination Form
Use the following nomination form. An OFFICIAL NOMINATION FORM MUST BE USED. All nominations should include a cover letter offering some insight into why you feel your nominee should be chosen and pictures of your candidate. Also include the nominee’s full name, address, a description of the nominee and their contributions to snowmobiling, as well as an explanation as to why these contributions are particularly noteworthy.

IASC Snowmobile Family of the Year for 2022 – The Boggs family. 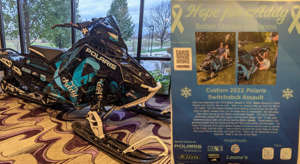 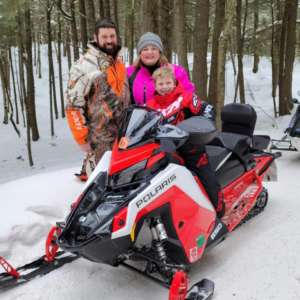