The eligibility requirements for this award include the following:

Nominations can be based on projects and activities such as fundraising, state, region, and local club leadership roles, charitable efforts, safety programs, special projects, and any other unique efforts.

The IASC Snowmobiler of the Year will be announced on October 1 and will be honored with a plaque at the annual IASC Convention dinner in November for which he or she is expected to attend. The honored individual is also expected to attend the IASC Legal Action Fundraiser and local events in their area to continue to promote a positive image of snowmobiling.

Snowmobiler of the Year Nomination Form
Nominations may be submitted by IASC member snowmobile clubs or individual IASC/Club members. The following OFFICIAL NOMINATION FORM MUST BE USED. All nominations should include a cover letter offering some insight into why you feel your nominee should be chosen and pictures of your candidate. Also include the nominee’s full name, address, a description of the nominee and their contributions to snowmobiling, as well as an explanation as to why these contributions are particularly noteworthy.

Please submit your nomination by May 15th 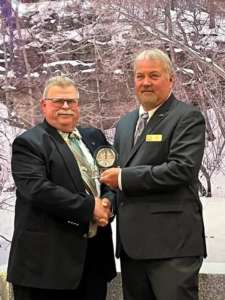